While people play Bitcoin baccarat at online casinos, they are just a few of the multitude of baccarat enthusiasts the world over. Online and offline, baccarat is a popular game. This is mostly because of its mystique as a game played by high rollers and big spenders. However, it seems the times are changing. Last April, Nevada’s latest gaming revenue figures were released and it had some surprising results.

According to the report, gaming revenue has risen by more than eight percent compared to the profits last year. Every individual casino market in the state reported an increase as casinos benefited from the Super Bowl betting and an extra day due to the leap year. Gaming revenue in nearly every casino market in the state is up for the fiscal year, which began July 1 last year.

The good statewide performance can be attributed to improving real estate markets, lower unemployment, and affordable fuel prices. Downtown Las Vegas was the biggest winner with the most favorable year-over-year casino performance, with gaming revenue there up more than nine percent. The problem is that the gaming revenue on the Las Vegas Strip, by far the state’s largest casino market, resulted in no growth at all. The blame for that can be blamed on declining baccarat revenue.

Baccarat was once the darling of the Las Vegas Strip. The very risky table game was favored by high-rollers the world over, with buy-in minimums starting at $500. It was once a cash cow for Strip casinos as they tried to climb out of the recent recession. However, anti-corruption measures in China have hurt high-end gambling there. This has resulted in revenue decreases in Macau casinos as a lot of the high-rollers ended up without a thick bankroll. This has had a spillover effect on Las Vegas.

Over the course of the last fiscal year, baccarat revenue on the Strip fell by 9.1 percent. However, that is just one part of the equation. Revenue measures only amount that is actually won by casinos. Baccarat volume, which measures the amount wagered by gamblers, has dropped 15.1 percent over that period.

Without baccarat’s boost, the Strip’s gaming revenue went up only 3.23 percent for the fiscal year. This puts it more in line with the casino markets in the rest of the state, where slots are more dominant and baccarat is virtually nonexistent. Slot machines have done much better over the last year on the Strip. Slot revenue has been higher than the previous year in eight of the last 12 months. This can be attributed to slots small buy-in and high reward factor.

If the trend continues, baccarat may need to adapt to changing times. Resorting to smaller buy-ins or going digital maybe a reasonable option for the card game.  Better yet, players can avert their focus on the Bitcoin baccarat games online. 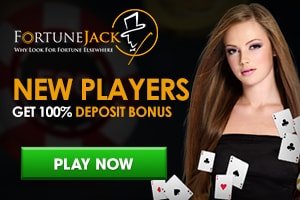